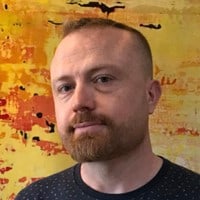 It has been very busy here at the Cultural Inclusion Manifesto and I have thoroughly enjoyed working with Anita, Rachael and Matt in pushing the conversation further and ensuring that inclusion is very much part of the agenda. We are all working on the manifesto voluntarily, but we are very much making head way.

I still teach four days at Westminster Special Schools, and I am very pleased to announce that we have secured a further three years of funding from the John Lyon’s charity to support the West London Inclusive Arts Festival. The festival was pivotal in the formation of manifesto, and now has six special schools and five cultural partners as it moves into its fourth year. We have ambitious plans, with the view of a pan-London festival going forward…watch this space!​

We have been very active and have met a number of organisations interested in the Manifesto. Earlier in the year we met at Miranda Wayland, Head of Diversity and Inclusion at the BBC and had an interesting conversation as they place inclusion centrally within their strategy. ​

As a consequence of last year’s conference we have developed the Inclusive Access Plan and have promoted this with a number of our partners. We have promoted the Cultural Inclusion manifesto at the Musically Inclusive Forum lead by the Royal College of Music and have attended a similar forum comprising of the National Gallery, The Camden Arts Centre, The Museum of London a New Direction and The Royal Academy of Art. I have also presented and made the case for the Cultural Inclusion Manifesto at the New Voices Conference where Amanda Spielman, HM Chief Inspector of Education was in the audience and avidly taking notes! ​ ​​

Going forward I will be presenting alongside the Tri-borough Music Hub at the Music Mark conference exploring cross sector relationships and the notion that everyone is an inclusionist. ​

I am also part of a panel at CPD event organised by A New Direction Advocate Tom Underwood discussing  SEND Pupil Voice in the Arts at Battersea Arts Centre on Wednesday the 13th November. ​

DaDaFest are teaming up with NSDF!